There are records of the house as early as 1674 when it was documented that goods were taken from "Frackadil" during an invasion by Argyll Cambells. The inhabitants then appear to have been weavers, judging from the quality of tartan and white plaid, indigo and alum that was taken. In 1779 there were 64 inhabitants on the estate which included a farm belonging to the Duke of Argyll. A John Cambell lived here then with his wife, three sons and three daughters. Under his roof also lived five house and two farm servants.
In more recent times the house was bought by the popular politician Rab Butler. He married Mollie Courtauld in 1959. Together they found Frachadil and spent twenty summers here. We bought the house over twenty years ago from Mollies son Stephen Courtauld. The house is much loved and any alterations that we have made over the years have been sensitively undertaken so the house retains its Hebridean quality. It benefits from being built on a dry site in an elevated position commanding magnificent views out to sea of the rest of the Inner Hebrides.

Some amazing events have occurred over the many years that we have lived here. We have witnessed the Aurora Borealis, waited for the last glow of summer sun to hear and see the nocturnal return of the Storm Petrels. We have snorkeled with Basking sharks in Calgary Bay and filmed Minke whales off Quinish point. Climbed Ben More just after midnight and reached the summit in time to watch the sun rise, and have spent the night in a tidal cave, but by far the most rewarding and privileged was rearing an otter cub.

Having an otter living with us for a year was incredible. It gave us an insight into an otters life in such detail and it completely took over our lives. From the moment we received the phone call that an orphaned cub had been found, then the emotional drama of trying to keep him alive through the tricky weening stage, then the delights of walks watching him play and hunt in the burn, we realised that we had taken on something that was all consuming but knew this was a once in a lifetime experience. Little did we know that this would lead to rescuing several other injured or orphaned otters and with invaluable help fro the I.O.S.F on Skye managed to successfully return a female to Calgary Bay. After being hand reared, kept in captivity in an isolated pen until mature, she was then returned to the wild. A process known as soft release where food and shelter was provided for a short time increasing the success of the otters survival, and later we were able to watch and photograph this truly wild otter.

Wanting to encourage a diversity of wildlife, in the early years we planted four copses of indigenous trees. We now have a very busy bird table with a wide variety of woodland species which gives us and our guests so much pleasure. We can also claim to have rabbits on the bird table and people always comment on their tameness and numbers but we feel that along with the Pheasants, Frachadil is a place of Sanctuary. Red deer can be seen from the house in the evenings and by day Golden eagles, White tailed eagles ,Hen harriers and Merlins are thrilling to see. When working outside we always take the time to scan the the hill tops or enjoy the call of the Raven and the mew of the buzzard. 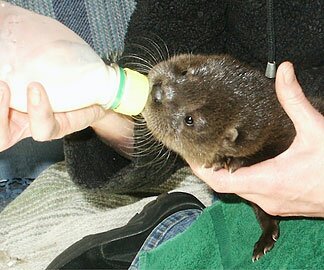 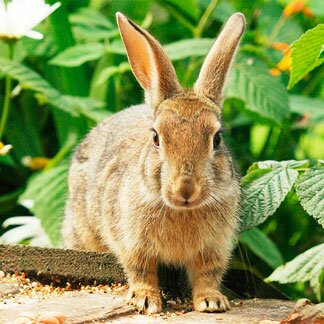 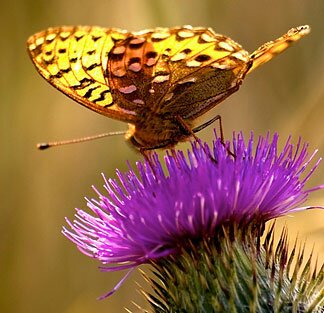 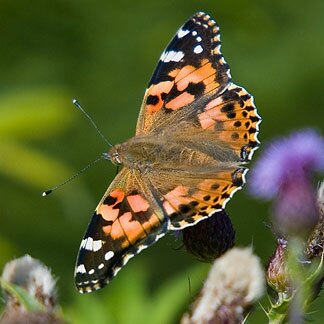